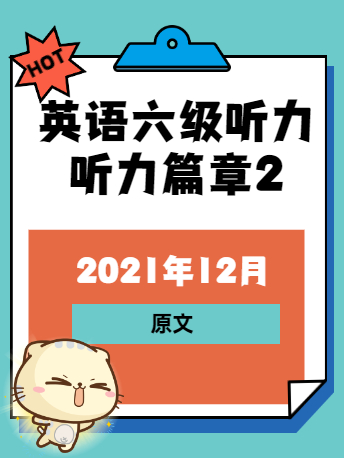 Research shows that 【Q12】a few moments of conversation with a stranger creates a measurable improvement in mood. But most of us are reluctant to start these conversations 【Q13】because we presume the opposite. In an experiment, commuters who talk to nearby strangers found their commute more enjoyable than those who didn't. They were asked to predict whether they'd enjoy the commute more if they conversed with other people. Intriguingly, most expected the more solitary experience to be more pleasurable. Why is this? Social Anxiety appears to be the problem. 【Q13】 People's reluctance to start conversations with nearby strangers comes partly from under estimating others interest in connecting. The sad thing is that people presume that a nearby stranger doesn't want to converse and don't start a conversation. Only those who forced themselves to chat because it was acquired by an experiment found out what a pleasant experience it could be. Human beings are social animals. Those who misunderstand the impact of social interactions may not, in some context, be social enough for their own well-being. You should be chatting with the strangers you encounter. You may occasionally have a negative encounter that might stick in your memory. 【Q14】This is because the human brain is biased to dwell on negative events, but starting conversations with strangers is still well worth the risk of rejection. It may surprise you that conversing with strangers will make them happier, too. 【Q15】The pleasure of connection seems contagious. People who are talked to has equally positive experiences as those who initiate a conversation.

Question 12 What does research show about a conversation between strangers?

Question 13 What prevents people from starting a conversation with strangers?

Question 14 Why does a negative encounter with strangers stick in one's memory?

Question 15 What does the passage say, the pleasure of connection seems to be?