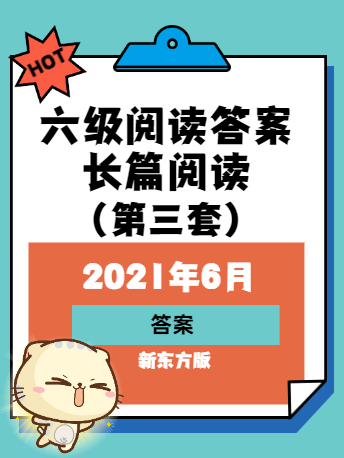 信息匹配第三套:
What Are the Ethies of CGI Actors-And Wil They Replace Real Ones?
36.[G] Legally, a person's rights to control the commercial use of their name and image beyond their death differ between and even within countries.
37.[C] The James Dean film is a way to keep the actor's image relevant for younger generations, says Mark Roesler of CMG Worldwide, the firm that represents Dean's estate.
38.[J] This refers to the idea that when objects trying to re-semble humans aren't quite perfect, they can make viewers feel uneasy because they fall somewhere between obviously non-human and fully human.
39.[A] Digital humans are coming to a screen near you.
40.[F] Ahidden hazard of digitally recreating a deccased (已故的)elebrity is the risk of damaging their legacy.
41.[L] Webber expects that we will see more digital humans on screen.
42.[B]Late in 2019,it was announced that US actor James Dean, who died in 1955， will star in a Vietnam War film sched-uled for release later this year.
43.[H]A recreation, however itlke, willneser be indistinguishable fiom real actor,
says Webber.
44.[E] Now, a person can be animated from scratch.
45.[I] As it becomes easier to digitally recreate celebrities and to entirely manufacture on-screen identities,could this kind of technology put actors out of jobs?