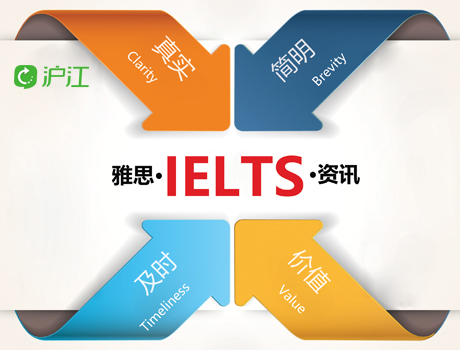 The graph shows the size of the Ozone layer hole in Antarctic and three productions of damaged gases to the Antarctic Ozone from 1980 to 2000. 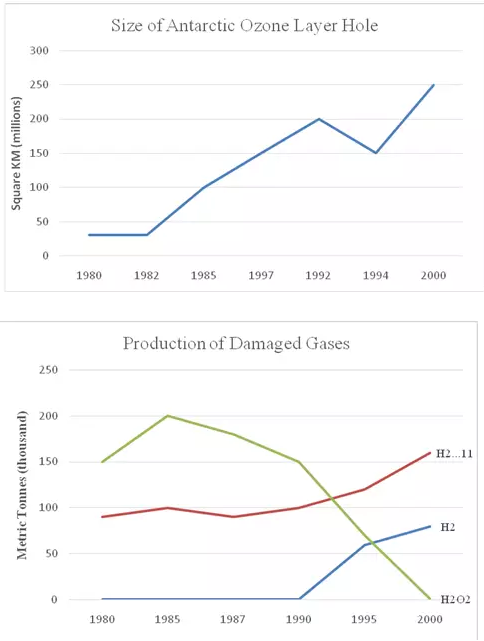 The first line graph represents how large Antarctic Ozone layer hole was during the period from 1980 to 2000. It is noticeable that the size of Ozone layer hole experienced a dramatic increase to 150 square kilometers from 1982 to 1985, and the same trend could be also witnessed between 1995 and 2000, while it remained stable at approximately 150 square kilometers although there was a slight fluctuation from 1987 to 1994.

The second line graph illustrates the number of damaged gases produced over twenty years. It can be seen that harmful gases were divided into three types. The production output of H2.11 had an upward trend during two decades although it fluctuated marginally from 1985 to 1988, which was still substantially greater than that of H2. Furthermore, H2O2 was the only gas which suffered enormous decrease after a smooth increase in 1987.

Overall, during the whole period from 1980 to 2000, the size of Antarctic Ozone layer hole was tremendously increased although there was a slight fluctuation mainly because of the increase in the production total of H2.11 and H2.

We can get knowledge from news. But some people even think we should not trust the journalists. What do you think? And what do you think are the important qualities that a journalist should have?

Media is becoming increasingly ubiquitous in our lives and thus there are many problems connected with it including the low level of confidence audience have in news report. Personally speaking, those who are suspicious about tidings reported by journalists certainly have their reasonable concerns.

One of the important considerations is the lack of professional accomplishment in some newspapermen With the development of news media, we have different kinds of information dissemination audits like radio, newspaper, television and internet, these tools have not only significantly boosted the share of information, but unfortunately, given rise to the low quality of some journalists Quite a few correspondents who are unsystematically trained or receive faulty cultivation may end up conveying social affairs subjectively or focusing on the interests of some organization they work for.

Fundamentally speaking, the qualities of journalists are the key to solve the incredibility of news media. Being impartial may be one of the most needed qualities that a qualified reporter should possess. It is a widely accepted recognition that news is supposed to be the mirror of the world, reflecting the fact that happens around the public. A sense of justice is also a welcomed quality that gives a facility to the healthy development of mass media It inspires journalists to investigate the truth that the underprivileged are being depressed or taken advantage of by those lucrative groups It is this what they investigate painstakingly that causes the most response among citizens and is mostly associated with the benefits of ordinary people.

Overall, ensuring the objectivity of media transmission is the best way to increase credibility and cultivating potential journalists professionally may be the most effective way to gain this.