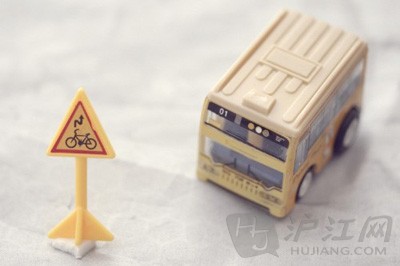 30. Another assumption short of legitimacy is that ----(unfounded/groundless/doubtful/unconvincing)

34. In conclusion the arguer fails to validate/(establish) the claim----

35. To solidify the argument, the arguer should provide more concrete information to demonstrate that-----------

36. The arguer should rule out all the above mentioned possibilities that otherwise might undermine

37. To sum up the conclusion lacks credibility because the evidence cited in the analysis does not lend strong support to the assumptions

38. To make the argument more persuasive the arguer would have to provide more information concerning-------

39. As it stands, the argument is not well reasoned and therefore----

40. To make it logically acceptable, the arguer should demonstrate addiontionly the arguer must supply more specific evidence to validate the conclusion----

41. In summary, the conclusion reached in this argument is invalid and misleading

42. Before we can accept the conclusion the arguer must persent more substantial facts to prove that ---------

43. Moreover I would suspend my judgement about the credibility of the conclusion until the arguer can present more factual evidence to rule out the possibility that I/is listed in my above analysis

45. Another reason that prompts me to support/oppose the title statement is that---

53. However careful examination would reveal that----

58. The issue of---is very controversial one

62. One does not have to go very far to see the truth of this argument

66. Conducted by the department of manager of Peking University (among the top 10 company in 1999)

68. To conclude ,there is no easy solution to such a complex ====issue.However ,taking into account all the dimensions discussed in the above analysis might be the first step out of this dilemma

70. In conclusion ,while some people may remain unconvinced by my argument ,the reasons I have analyzed so far should at least make them aware of the complexties of the issue under discussion

71. There is little doubt that more and more people will come to realize that---

72. In sum ,it is very likely that people will never be able to arrive at the same conclusion on this controversial issuedue to their different experiences and conflicting====== values.

73. Nevertheless public awareness of the complex dimensions of the issue will certainly contribute to the understanding of the situation We have to confront

A 1.In this argument the arguer recommends that------

2. This recommendation is based on the result of survey that-------

4. A careful examation would reveal how groundless the conclusion is-----

6. to substantiate it the conclusion the arguer provides the evidence that-----

8. this argument is unconvincing for several critical flaw----

12. This argument is problematic for several reasons-------

D 13. The conclusion in this argument is that in support of this conclusion the arguer

Supplies the evidence that-------further more, the arguer infers that------

14. While this argument has some merit(s),there are several logic flaws that deserve our attention

16. The arguer fail to convince us that

21. The fact that indicates nothing about(does not imply that/does not ensure that)

22. The statistical evidence cited in the argument is so vague that it does not validate the arguer’s assumption(that----)

23. The survey on which the argument relies lacks credibility and therefore does not lend strong support to the conclusion

26. To begin with ---------,In addition -----,Furthermore, the arguer fails to take into account another(several other)factor(s) that might weaken the argument.

28. Another flaw worth discussing is that(the assumption that----)

29. Finally it is necessary to point out -(several other minor flaws that might undermine the argument----)