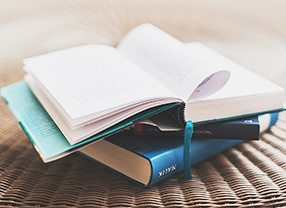 With the development of science and human civilization, many formerly unimaginable things come into reality. Some of them have positive effects on our life, but some are distasteful. The phenomenon of _______ (主题现象) is an example of the former / latter one.

On the whole, the phenomenon is one of the results of the progress of the modern society. There is still a long way for us to improve / eliminate __________ (主题现象) and make our life more comfortable.

Nowadays many people prefer __________ (主题) because it plays a significant role in our daily life.

Through the above analysis, I believe that the positive aspects far outweigh its negative aspects. Whatever effects it has, one thing is certain, ________ (主题) itself is neither good nor bad. It is the uses to which it is put that determine its value to our society.

In view of the seriousness of the problem, effective measures should be taken. For one thing, it is high time that people all over China realized the importance of __________________ (解决主题问题). For another, the government should issue strict laws and regulations in order to put the situation under control.

It is obvious in the graphic/table that the rate/number/amount of Y has undergone dramatic changes.It has gone up/grown/fallen/dropped considerably in recent years (as X varies). At the point of X1, Y reaches its peak value of …(多少).

What is the reason for this change? Mainly there are … (多少)reasons behind the situation reflected in the graphic/table. First of all, …(第一个原因). More importantly, …(第二个原因). Most important of all, …(第三个原因).

From the above discussions, we have enough reason to predict what will happen in the near future. The trend described in the graphic/table will continue for quite a long time (if necessary measures are not taken括号里的使用于那些不太好的变化趋势)。