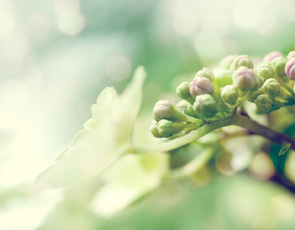 1.To signal sequence or addition

Accordingly, actually, additionally, afterwards, again, also, and, another, as was previously stated, as well as, at the same time, besides this, consistent with this, correspondingly, equally important, finally, further, furthermore, in addition, in a like manner, in the first place, in the same way, including, initially, last, likewise, more importantly, moreover, next, originally, overall, primarily, similarly, to begin with, too, what is more.

After, afterward, as long as, at first, at last, at length, at the same time, before, concurrently, currently, during, finally, following, immediately, in the future, in the meantime, last but not least, later, meanwhile, next, once, presently, rarely, simultaneously, sometimes, subsequently, then, this time, until, until then, whenever, while.

Accordingly, as a result, consequently, for this reason, hence, in other words, in that case, it follows that, it is evident that, otherwise, owing to, resulting from this, so it can be seen that, that being the case, therefore this implies, this suggests that, thus, under these circumstances.

Contradictory to this, contrarily, in support of this, it follows, this is clear because, the evidence for···is, the reasons for···are, this is supported by, to affirm this, to attest to this, to corroborate, to explain, to further confirm, to further verify, to list, to substantiate this, in substantiation.

5. To signal repetition, summary, or conclusion

Accordingly, all in all, all together, as a final point, as a result, as I have noted, as indicated earlier, as mentioned, as previously stated, as we have seen, briefly, by and large, consequently, finally, given these facts, hence, in brief, in conclusion, in other words, in short, in summary, to sum up, in summation, on the whole, overall, since, so, summing up, then, therefore, thus, thus we can see that, to conclude, to recapitulate, to repeat, to review.

6. To introduce causes or effects

Accordingly, as a result, because, consequently, due to, for as much as, for that reason, hence, in as much as, in that, in view of, on account of, owing, since, then, therefore, thus, to narrow the focus, after all, from this perspective, from this point of view, given this context, in fact, in order to, in other words, in particular, in this case, in this context, indeed, particularly, put another way, specifically, that is, this is particularly true when, under certain, circumstances, up to a point, with this in mind.

After all, although, alternately, and yet, at the same time, be that as it may, contrastingly, conversely, despite, dissimilarly, even though, for all that, however, in contrast, in contrast to this, in opposition to this, in reality, in spite of this, inconsistent with this is that, instead, meanwhile, nevertheless, nonetheless, notwithstanding, on the contrary, on the one hand, on the other hand, otherwise, paradoxically, rather than, regardless of, still, though, whereas, when in fact, yet.

Also, analogous to, another similar issue is, at the same time, by the same token, equally, in comparison, in like manner, in similar fashion, in the same way, likewise, similarly.

In other words, that is, that is to say, this means that, to clarify, to elaborate, to explain, to paraphrase, to put it another way.

In order to, in the hope that, for the purpose, with this end, to the end that, with this objective

All the same, at any rate, either way, in any event, in either case, whatever happens.

Admittedly, albeit, although it is true that certainly, even so, granted, it may appear that, knowing this, naturally, of course, this is only the case when, while this is true, while it may seem that.

13. To signify a condition

Granting that, in the event of, on the condition that, providing that, so long as

As an illustration, by way of example, for example, for instance, in particular, in support of this, notably, to demonstrate, to elaborate, to exemplify, to highlight, to illustrate, specifically, that is.

Concerning this, considering this, with respect to, with regards to

Above all, as a matter of fact, certainly, chiefly, especially, importantly, in any case, in particular, indeed, it must be emphasized, that, mainly, mostly, notably, obviously, of course, particularly, primarily, specifically, truly, undoubtedly.