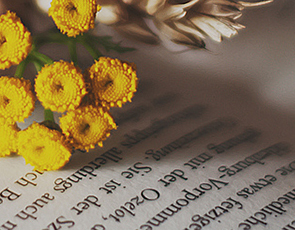 the law to keep the oil industry under control。

the norwegian government is doing its best to keep the oil industry under control. a new law limits exploration to an area south of the southern end of the long coastline; production limits have been laid down (though these have already been raised); and oil companies have not been allowed to employ more than a limited number of foreign workers.

but the oil industry has a way of getting over such problems, and few people believe that the government will be able to hold things back for long.

as on norwegian politician said last week: "we will soon be changed beyond all recognition."

ever since the war, the government has been carrying out a programme of development in the area north of the arctic circle. during the past few years this programme has had a great deal of success: tromso has been built up into a local capital with a university, a large hospital and a healthy industry.

but the oil industry has already started to draw people south, and within a few years the whole northern policy could be in ruins.

the effects of the oil industry would not be limited to the north, however. with nearly 100 percent employment, everyone can see a situation developing in which the service industries and the tourist industry will lose more of their workers to the oil industry. some smaller industries might even disappear altogether when it becomes cheaper to buy goods from abroad.

the real argument over oil is its threat to the norwegian way of life. farmers and fishermen do not make up most of the population, but they are an important part of it, because norwegians see in them many of the qualities that they regard with pride as essentially norwegian.

and it is the farmers and the fishermen who are most critical of the oil industry because of the damage that it might cause to the countryside and to the sea.

norwegian government would prefer the oil industry to

[b]slow down the rate of its development.

[c] sell the off it is producing abroad.

norwegian government has tried to

[a] encourage the off companies to discover new off sources.

[c] help the oil companies solve many of their problems.

[d] keep the off industry to something near its present size.

ing to the passage, the off industry might lead northern norway to

[a] the development of industry.

[c] the failure of the development programme.

[d] the development of new towns.

the south, one effect to the development of the oil industry might be

[a] a large reduction on unemployment.

[b]a growth in the tourist industry.

[c] a reduction in the number of existing industries.

[d] the development of a number of service industries.

ian farmers and fishermen have an important influence because

[a] they form such a large part of norwegian ideal.

[c] their work is so useful to the rest of norwegian society.

[d] they regard off as a threat to the norwegian way of life.