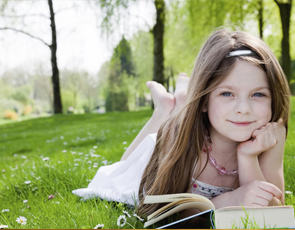 Trees should only be pruned when there is a good and clear reason for doing so and , fortunately,the number of such reasons is small. Pruning involves the cutting away of obergrown and unwanted branches, and the inexperienced gardener can be encouraged by the thought that more damage results from doing it unnecessarily than from leaving the tree to grow in its own way.

First, pruning may be done to make sure that trees have a desired shape or size. The object may be to get a tree of the right height, and at the same time to help the growth of small side branches which will thicken its appearance or give it a special shape. Secondly, pruning may be done to make the tree healthier. You may cut diseaed or dead wood, or branches that are rubbing against each other and thus cause wounds. The health of a tree may be encouraged by removing branches that are blocking up the centre and so preventing the free movement of air.

One result of pruning is that an open wound is left on the tree and this provides an easy entry for disease, but itis a wound that will heal. Often there is a race between the healing and the desease as to whether the tree will live or die, so that there is a period when the tree is at risk. It should be the aim of every gardener to reduce which has been pruned smooth and clean, for healing will be slowed down by roughness. You should allow the cut surface to dry for a few hurs and then paint it with one of the substances available from garden shops produced especially for this purpose. Pruning is usually without interference from the leaves and also it is very unlikely that the cuts yu make will bleed. If this does happen,it is, of course,impossible to paint them properly.

b.improve the shape of the tree

c.get rid of the small branches

a.allows too many branches to grow in the middle

b.does not protect them from wind

c.forces them to grow too quickly

d.damages some of the small side branches

3.Why is a special substance painted on the tree?

d.To help a wound to dry

a.at intervals throughout the year

5.What was the author's purpose when writing this passage?

a.To give pratical instruction for pruning a tree.

b.To give a general description of pruning

The economy of the United states after 1952 was the econnomy of a well-fed,almost fully employed people. Despit occasional alarms, the country escaped any postwar depression and lived in a state of boom. A n economic survey of the year 1955, a typical year of the 1950’s, may be typical as illustrating the rapid economic growth of the decade. The national output was value at 10 percent above that of 1954 (1955 output was estimated at 392 billion dollars). The production of manufacturers was about 40 percent more than it had averaged in the years immediately following World War 2. The country’s business spent about 30billion dollars for new factories and machinery. National income available for spending was almost a third greater than it had been it had been in 1950. Consumers spent about 256 billion dollars; that is about 700 million dollars a day ,or about twenty-five million dollars every hour , all round the clock. Sixty-five million people held jobs and only a little more than two million wanted jobs but could not find them . Only agriculture complained that it was not sharing in the room. To some observers this was an ominous echo of the mid-1920’s . As farmer’s shre of their products declined , marketing costs rose. But there were , among the observers of the national economy, a few who were not as confident as the majority . Those few seemed to fear that the boom could not last and would eventually lead to the oppsite-depression.

1. What is the best title of the passage?

a. nearby explosion b. thunderous noise

3. It can be inferred the national from the passage that most people in the United States in 1955 viewed the national economy with an air of _________.

4. Which of the following were LEAST satisfied with the national economy in the 1950’s?