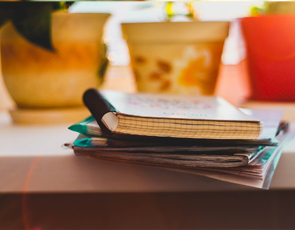 Directions：For this part， you are allowed 30mimites to writean essay based on the chart below . You should start your essaywith a brief description of the chart and comment on China’sachievements in higher education . You should write at least 150 words but no more than 200words.

The bar chart above explicity demonstrates that the gross enroll ment ratio in universities in China ，according to the data from Ministry of Education ，has increased dramatically from3.4% in1990 to 51.6% in 2019. Obviously，the past thirty years have witnessed China's great achievements in higher education.

Firstly，higher education in China has become approachable to most Chinese citizens . This is partly due to the fact that Chi-nas economy has been developing at a marvelous speed ，but also because Chinese government has launched a wide rangeof favorable policies to support rural students to get admittedto colleges .Moreover，the quality of China's universities hasshowed a marked improvement .Now，several seats of learningin China are among the top universities world-wide，and everyyear they draw numerous foreign students to come to China for higher education ，Besides，Chinese government and a massof big enterprises have been investing heavily into upgradingthe campus sites ， introducing the most advanced equipment s，and increasing the facultyssataries.

In all ，the China's achievements in higher education are remarkable .I believe that this trend will surely continue ， and will in turn benefit our great country .

Directions: For this part, you are allowed 30 mimites to write an essay based on the graph below. You should start your essay with a brief description of the graph and comment on China' s achievements in urbanization. You should write at least 150 words but no more than 200 words.

The chart above displays the progress of urbanization in China over the last four decades. We can see that, in less than 40 years, the number of people in China who lived in cities had more than tripled. From 1980 to 2010, the share of urban population had grown from 19.39% to 49.96%, which was a record high worldwide.

As far as I am concerned, China’s extraordinary urbanization has gone hand-in-hand with its economic boom. Since its reform and opening-up in 1978, China’s economy has taken off. During the past four decades, China underwent vast changes to its economic system and abundant opportunities emerged in the coastal area. As a result, people living in the rural areas came to big cities in the costal area to pursuit a better life, which speeded up the progress of urbanization.

Urbanization, in return, contributes to the development of China’s fast-growing economy. Take, for example, the basic infrastructures in big cities. The government has invested a lot of money in buildings and facilities, which enables people to live and work in high-density in tall buildings, which greatly improvs efficiency and productivity.

In conclusion, the urbanization in China not only enables people to enjoy a better living condition, but also lays foundations for sustainable economic growth. It is a great achievement and has far-reaching benefits.

Directions: For this part, you are allowed 30 mimites to write an essay based on the chart below. You should start your essay with a brief description of the chart and comment on China5 s achievements in poverty alleviation. You should write at least 150 words but no more than 200 words.

The bar chart above explicitly demonstrates the great achieve­ments China has made in poverty alleviation. In 2012, there are over 80 million rural people in poverty, which takes up almost 10% of the rural population. However, the following nine years witness the continuous decline in this figure, and in 2020, all the Chinese rural people are alleviated from poverty.

The achievements, however, can not be completely reflected by this figure. Firstly, Chinese rural people have become in­creasingly wealthier. More families possess their own automo­biles, more rural people have access to high-tech devices, and their living conditions have also improved markedly. Moreover, the literate rate of rural population has greatly increased, too. Primary schools are so popular in rural area that almost every child can receive education, which will surely in turn propel the development of rural areas in the future. Besides, more rural people go to bigger cities to realize their Chinese dreams, and they have contributed a lot to the prosperity of our great coun­try.

In all, China5 s achievements in alleviating poverty have at­tracted worldwide attention. I am very proud of being a Chi­nese citizen, and I believe our great country will become better, stronger, and more beautiful.