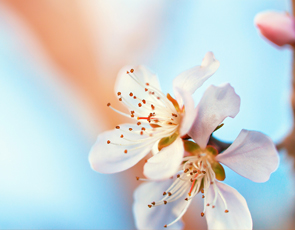 Here is my baby niece Sarah. Her Mon is a doctor and her dad is a lawyer. By the time Sarah goes to college, the jobs her parents do are going to look dramatically different.

In 2013, researchers at Oxford University did a study on the future of work. They concluded that almost one in every two jobs have a high risk of being automated by machines. Machine learning is the technology that's responsible for most of this disruption. It's the most powerful branch of artificial intelligence. It allows machines to learn from data and copy some of the things that humans can do. My company, Kaggle, operates on the cutting edge of machine learning. We bring together hundreds of thousands of experts to solve important problems for industry and academia. This gives us a unique perspective on what machines can do, what they can't do and what jobs they might automate or threaten.

Machine learning started making its way into industry in the early 90’s. It started with relatively simple tasks. It started with things like assessing credit risk from loan applications, sorting the mail by reading handwritten zip codes. Over the past few years, we have made dramatic breakthroughs. Machine learning is now capable of far, far more complex tasks. In 2012, Kaggle challenged its community to build a program that could grade high-school essays. The winning programs were able to match the grades given by human teachers.

Now, given the right data, machines are going to outperform humans at tasks like this. A teacher might read 10,000 essays over a 40-year career. A machine can read millions of essays within minutes. We have no chance of competing against machines on frequent, high-volume tasks.

But there are things we can do that machines can't do. Where machines have made very little progress is in tackling novel situations. Machines can't handle things they haven't seen many times before. The fundamental limitations of machine learning is that it needs to learn from large volumes of past data. But humans don't. We have the ability to connect seemingly different threads to solve problems we've never seen before.

Question 16: What did the researchers at Oxford University conclude?

Question 17: What do we learn about Kaggle company’s winning programs?

Question 18: What is the fundamental limitation of machine learning?

We’ve talked recently about the importance of sustainable energy. We've also talked about the different theories on how that can be done. So far, our discussions have all been theoretical. Now I have a practical question for you all. Can you run a one hundred and forty thousand kilogram train on just the steam generated by solar power? Well, one engineer, Tim councilman believes it's possible.

And his home city of Sacramento, California should see the technologies first test as part of the upgrading of its rail yard. Councilman, who is an inventor and self-proclaimed steam visionary, is campaigning for a new steam train that runs without any fire and could run on an existing ten kilometer line, drawing tourists and perhaps offering city commuters a green alternative to their cars. Councilman wants to build an array of solar magnifying mirrors at one end of the line to collect and focus heat onto water filled tubes.

This would generate steam that could be used to fill tanks on a small steam train without the use of fire. Supplying power to trains in this way would offer the shortest distance from well to wheels, he says, with the least amount of energy lost, according to harry valentine, a Canadian engineer who was researching modern steam technology, a special tank measuring two by ten meters could store over seven hundred and fifty kilowatt hours of energy as high pressure steam enough to pull a two car train for an hour or so. Energy to drive a steam locomotive can be stored in other materials besides water.

For example, a team at Tohoku University in japan has studied materials that can store large amounts of heat. When he did, these materials turned from a solid into a liquid, absorbing energy as they change phase. The liquid is maintained above its melting point until steam is required, at which point the liquid is allowed to turn back into a solid, releasing its stored energy. Another team at Nagoya University in japan has tested calcium compound as an energy storage material, heating this chemical compound drives off carbon dioxide gas, leaving calcium oxide.

The gas can be stored under pressure in a tank to recover the energy. The gas is bent back over the calcium oxide. In theory, says Valentine, this can create a high enough temperature to generate superheated steam.

Question 19: What has the speaker previously talked about?

Question 20: What is Tim Councilman trying to do in Sacramento?

Question 21: What has a Japanese research team tried to do?

Today’s crisis in care for older people in England has two main causes. First, people are living longer with a lot more complex needs. Second, they rely on a system that has long been marked by a poor relation between national health and social care services.

Current services originated in two key measures. They are the National Health Service and the 1948 National Assistance Act. This required local government to provide residential accommodation for older people and supervise care homes run by independent organizations. They also provide home and community services including meals, day centers and home helpers and other subsidized services. The National Health Service was free and wholly publicly provided. It delivered the best health care for all. No such vision guided residential and community care though. The care was substantially provided by voluntary services which work together with local authorities as they long had with eligibility based on income. Today, life expectancy has risen from 66 for a male at birth in 1948 to around 80 now. In addition, there is better overall health and improved medical knowledge in care. This means an unprecedented number of people are surviving longer in conditions requiring ex-birth support. Families provide at least as much of care as they ever did. Even so, they can rarely without subsidized support address serious personal needs. Care for older people faced persistent criticism as these trends became apparent. From the early nineteen sixties, local authorities were required to plan health and welfare services. The aim was to enable older people to remain in their own homes for as long as possible. But this increased concern about the lack of coordination between free health and paid for social care. Through the nineteen seventies, a number of measures sought to improve matters.

However, at a time of financial crisis, funding diminished and little changed. In the 1980s, the government cut spending. Meanwhile, preference for private over public services made management even more difficult. Simultaneously, the number of sick, older people grew. Governments emphasized the need to improve services. They did so though, while doing little to stop the erosion of available aid.

Services were irregular cross authorities unless you were prepared to pay. They were increasingly difficult to obtain for any but the most severely disabled. Why has sixty years of criticism produce so little change?

Discrimination against older people has a long history. Additionally, those affected by inadequate health and social care are too vulnerable to launch the protests that have addressed other forms of discrimination.

22. What is one cause of the current crisis in care for the elderly in England?

23. What does the speaker say about residential and community care?

24. What made management of care toward elderly more difficult in the 1980s?

25. What does the speaker say about older people in England?